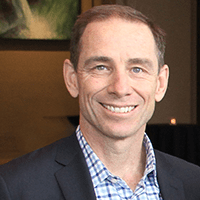 Don Davies is President of Magnusson Klemencic Associates (MKA), a 200-person international, award-winning structural and civil engineering firm headquartered in Seattle. An industry champion for the promotion of urban density and low-carbon construction, Don is a founding member of the Carbon Leadership Forum, an Advisory Board member of the Council on Tall Buildings and Urban Habitat (CTBUH), a Fazlur Kahn key-note speaker, and a Board Member for the International Association of Life Cycle Civil Engineers. He has co-authored multiple publications and frequently lectures on reducing embodied carbon within the built environment. Most recently through his role on the MKA Foundation, Don is advancing collective impact initiatives that focus on the relevance of embodied carbon to our future built environment to make it a more frequent consideration in design, procurement, and construction decision making processes.

Back to Speakers
Panama Bartholomy